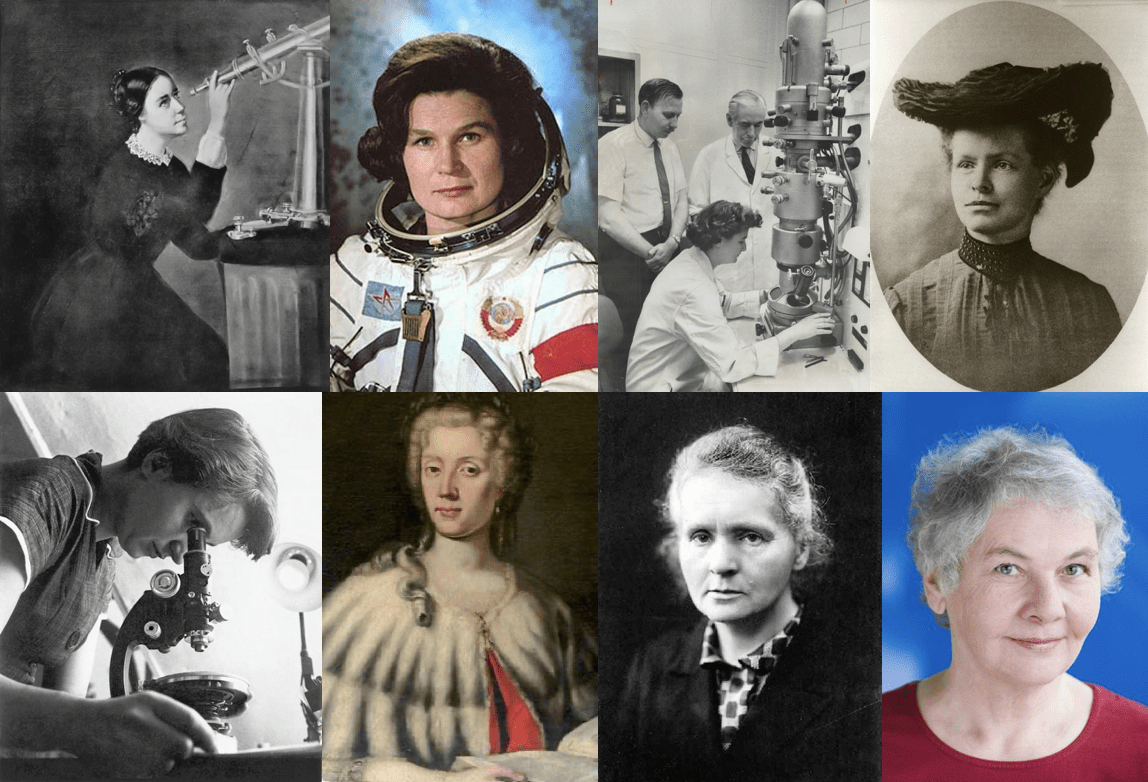 February 11th marked the 7th International Day of Women and Girls in Science. The purpose of this day is to recognise the role of women in science and to promote full and equal access to science to all women and girls who wish to participate and take part in leading actions and innovations around the world. At Bionomous, we recognise the power and value of women and we have gathered in this article a bit of history of women in science, several contributions of women to research in general, and to research in zebrafish more specifically.

Throughout history, women significantly contributed to progress in science in various fields including natural, social and formal sciences. In early western civilisations, women were involved in medicine, while in ancient Greece, women took part in the exercise and application of philosophy. Additionally, during the first couple of centuries AD, women added to the proto-science of Alchemy.

During the Middle Ages, convents were important places of education for women and nunneries encouraged women to acquire reading and writing skills and enabled them to participate in intellectual research. Nunneries grew in number and power, empowering women and promoting women-driven advancements which resulted in important conflicts with male clerical hierarchy. Eventually, nunneries were closed and women were excluded from the ability to learn, read and write, limiting women’s influence and contributions to science.

Universities emerged during the 11th century and were not accessible to women. Indeed, the first European universities arose from cathedral schools which aimed at training the clergy in Canon law and thus, women were not admitted. Italian universities were an exception where women could attend lectures and were mainly trained in the medical field. Over time, stereotypes evolved where women’s brains were incompatible with reflection and intellectually inferior to men.

During the 1600s and 1700s, women fought for their place in science but had little success in changing people’s opinion about the nature of women. It is only during the 18th and 19th centuries that women started to make their way into different academies and universities in Europe. In 1732, Laura Bassi was he first women to receive a PhD in science for her work in chemistry, physics, mathematics and mechanics and the first women to be elected at the Academy of Sciences of the Institute of Bologna. She was also the first salaried female teacher in a University3.

First women to discover a comet

In 1702, Maria Kirch – a German astronomer – was the first woman to discover a comet4.

First women to win a prize

In 1816, Sophie Germain – a French mathematician and physicist – was the first woman to win a prize from the Paris Academy of Sciences for her work on elasticity theory5.

In 1899, Edith Anne Stoney – an Irish physicist – became the first female medical physicist at the London School of Medicine for Women and pioneered the use of X-ray machines during World War I6.

In 1929, Inge Lehman – a Danish seismologist – discovered that earth was comprised of a solid inner core9.

Discovery of the structure of DNA

In 1950, Rosalind Franklin – a British chemist – uncovered the basic dimensions of DNA strands which were assembled into a helical structure10.

Development of the first computer compiler

In 1963, Valentina Tereshkova – a Russian cosmonaut – became the first woman to visit space12.

Discovery of the first human coronavirus

Women have contributed to many discoveries in various scientific fields and zebrafish research is no exception. Indeed, women have greatly contributed to the current knowledge available on zebrafish and enabled the development of zebrafish into valuable research models.

Zebrafish were first used as biological models by George Streisinger in the 1970s as they were easier to handle then mice. However, it is thanks to Dr. Christiane Nusslein-Volhard – a German biologist and Nobel Prize winner – that zebrafish are now popular model organisms14.

In 1993, she performed a large-scale mutagenesis screen on zebrafish and identified over 1000 mutants affecting several biological pathways including embryonic development, organ formation and behaviour15,16. Mutant identification is an essential strategy to uncover biological mechanisms and patterns. Thus, identifying zebrafish mutants expands the scope of their application in research.

For zebrafish to serve as model organisms to study vertebrate gene function and human genetic diseases it is essential to understand to which extend the zebrafish genome is related to the human genome.  This study determined that 70% of human genes have an orthologue in zebrafish and thus provided further evidence that zebrafish are valuable assets to model human genetic diseases. Dr. Kerstin Howe also took part in the assembly of the human, mouse and chicken reference genomes.

In 2008, Dr. Sharon Amacher and her team established an efficient method to disrupt somatic and germline genes in zebrafish, generating the first targeted mutations and novel transgenic zebrafish18. They relied on zinc-finger nucleases – a popular genome editing technique – to generate targeted double-strand breaks in the genome, resulting in mutations in precise sets of genes. Dr. Amacher continued her studies on gene editing in zebrafish using CRISPR Cas9 (another high potential genome editing method) and established a pipeline to reliably generate transgenic zebrafish19.

In conclusion, women have greatly contributed to shaping the world as we know it today by taking part in scientific research and enriching to scientific knowledge. Women and girls should be encouraged to take part in research as mixing genders and opinions may accelerate scientific advancements and enable scientists to see the world in a different light.