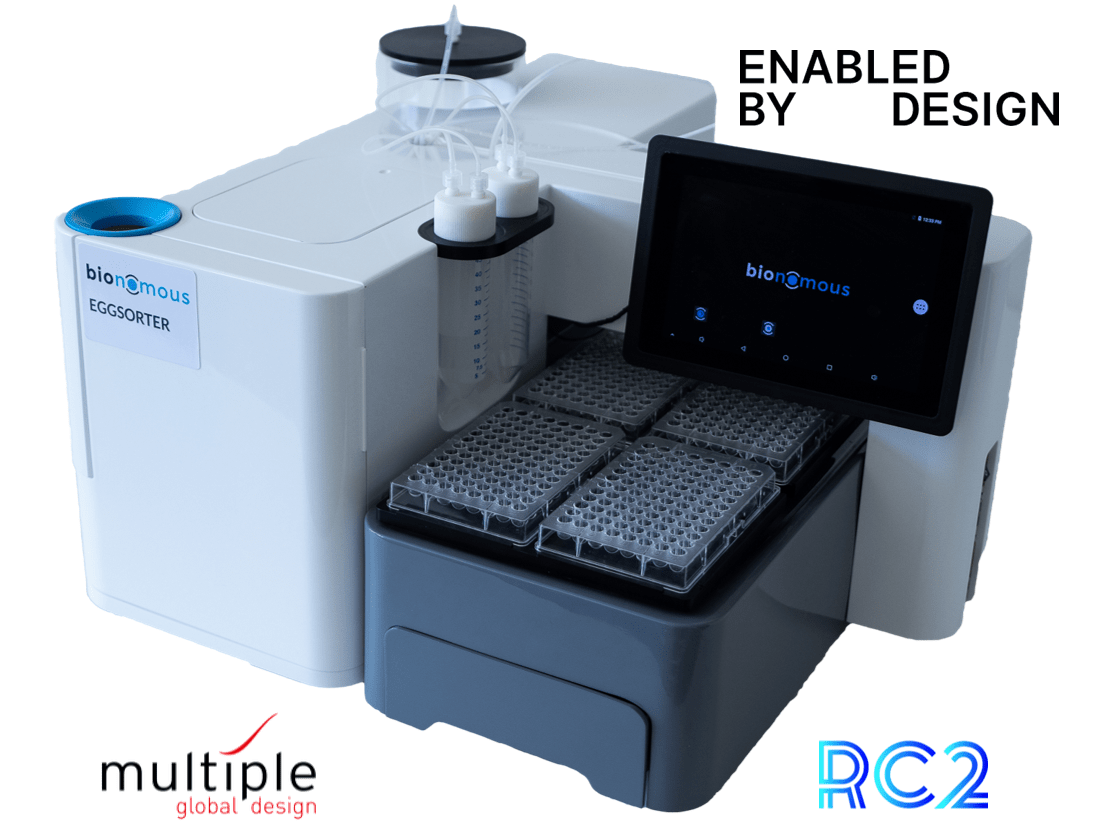 Enabled by Design supported us to move from a prototype version of the EggSorter to a finished product ready to be in the market.

Since 2017, when the EggSorter project began there have been many achievements. We developed the first proof of concept of the EggSorter in that same year. Then, in 2018, we received the first funds of the EPFL to develop a prototype. After two prototype iterations, we managed to developed a fully functional EggSorter that we brought to end users in 2019, to validate the technology. Once the technology was qualified and the design requirements known, we then developed the current beta version to obtain a stable version that we can now, once again, bring to end-users for final feedback, before starting the sales.

In all this way, we found several obstacles, one of the biggest the design of the final product. We envisioned the EggSorter as a device easy to use and mantain, with friendly user interfaces and elegant design. However, the task was not easy, since there were many aspects that had to change on the prototype and we had to embed both a lot of fluids and a lot of electronics, which don’t get along very well as you may know.

To overcome all these challenges, we partnered with Multiple SA Global Design and RC2 Electronique to build the beta version. We worked together with the former on the mechanics and global design of the product, and with the latter on the electronics.

These partnerships have been critical on the development of the EggSorter and it would have been much more difficult for us to move forward if we had not had the support of Enabled by Design.

Enable by Design is a joint project between EPFL and ECAL which aims to bridge the gap between transformative technology and great design through a community of creatives with the same mission. Their ambition is to move ideas out of the lab and use design to accelerate innovation in Switzerland.

If you want to know more about what Enabled by Design has meant to Bionomous, you can read the interview they have done to Bionomous’ CEO Frank Bonnet: https://medium.com/@enabledbydesign/bionomous-a-portable-devices-that-automatize-processes-in-biology-and-biotechnology-4c6364ea9dd

Thank you very much Enabled by Design for your support!

Do you want to keep up to date with our latest progress?

Subscribe to our newsletter and don’t not miss any news about our company!

Learn about the new developments of our technology or the events where you could find us.